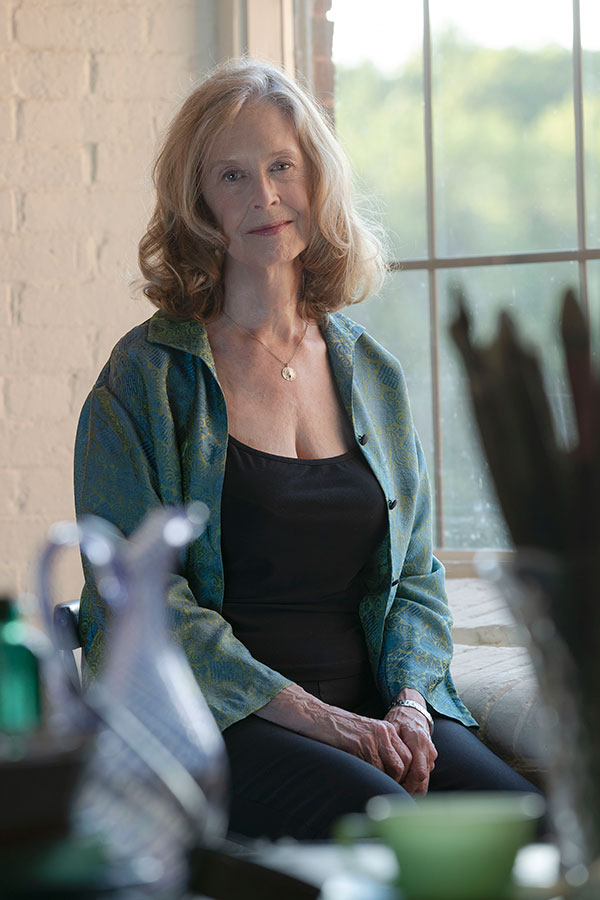 Tina Ingraham was born in Kenton, Ohio in 1947. She received her MFA from Brooklyn College of CUNY in 1996 and Bachelor of Science in Design at the University of Cincinnati, College of DAAP in 1970.

Ingraham lived and painted in Italy and traveled Europe to study master paintings integral to her work, from 1999 to 2003. She received a Maine Commission for the Arts Project Grant, a Pollock-Krasner Foundation Grant, and fellowships from Milton and Sally Avery and John Simon Guggenheim Foundations.

Dan Kany wrote in his review titled, “Tina Ingraham’s brush with the mortality of nature”

Ingraham uses the light touch of quickly brushed thin layers and slashing paint around with the knife to convey a sense of expressionistic urgency to her mark making. The spontaneous flavor of her approach insists on looseness, which, in turn, frees marks from the need to always be accurate representations. A stray mark might play up the abstract qualities of her paintings, and, instead of finding fault, we cheer it on.

Ingraham’s “Early Snow,” a painting of fishing boats moored at Portland Pier in winter is reproduced in the recently released Paintings of Portland, by David Little and Carl Little, Down East Books, 2018.