PAINTING THE PORTRAIT
The Artist

Tina Ingraham began painting the figure at the age of ten and continued painting through high school and college. Her design training at the University of Cincinnati and early career in costume design at Priscilla of Boston richly informed her early portrait painting, particularly painting a garment’s drape on the figure. In 1981 she began her concentrated study of portrait painting with renowned portrait painter Daniel Greene of North Salem, New York. She augmented her painting skills at Brooklyn College of CUNY studying with Professor Emeritus Lennart Anderson,1928-2015, and received her MFA in painting in 1996. A John Simon Guggenheim Fellowship was awarded Ms. Ingraham in 1999 for her continuing research of master paintings and full time painting in Italy. Continuing the enrichment of her work with receipt of a grant from the Pollock Krasner Foundation, Ingraham remained in Italy through 2002. During that time she was commissioned to paint seven portraits of one family in Colorado and traveled there for two summers, completing the commissions. 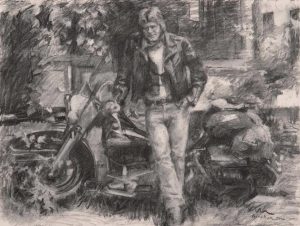 Ms. Ingraham’s portrait commissions are found internationally in private collections . As a result of her varied experiences painting commissions, she suggests reviewing the following information when considering an Ingraham Portrait.

An initial meeting with Ms. Ingraham is arranged to determine the size of the painting and its eventual location. The view of the subject is chosen; whether a head and shoulders, three-quarter or full figure. Other considerations include the background environment and whether the painting will be formal or casual. 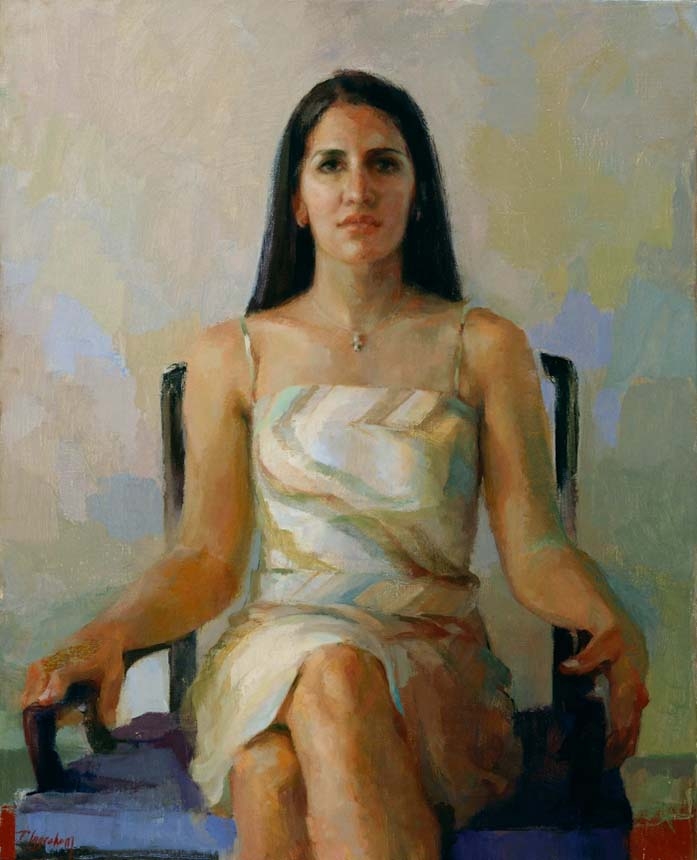 The first sitting involves choosing the desired garment while also considering various environments within which the sitter may be painted. The artist takes reference photographs during this meeting. Oil painting studies and sketches are scheduled for a second visit to help determine the final portrait. Schedules vary and the possibilities are discussed in preparation for the painting. The painting generally proceeds in one of three ways:
1. A portrait painted from life – known as a “seated portrait.” This involves the subject deciding to be available for live sittings while the artist works on the portrait.
2. A portrait painted from a combination of live sittings and photographs. A schedule is selected to include approximately three to six sittings over a period of time. Between each sitting the artist paints in her studio from reference photographs and studies.
3. A portrait painted from photograph. The artist works from reference photographs and studies.

The size of the painting, the complexity of its content, and the subject’s availability for sittings are variables that determine the time and cost involved in painting the portrait commission. It usually involves one to six months.